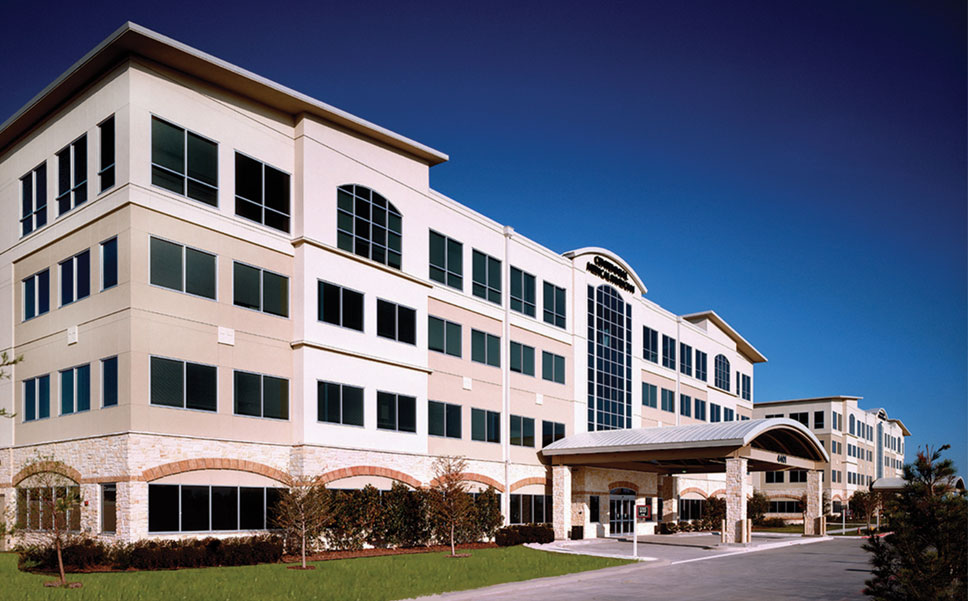 In 2002 Rendina was selected to lead the way on a significant venture into a new, untapped, but promising market just north of Dallas, Texas. Rendina’ team was asked to develop a plan for establishing outpatient medical services and physician offices in advance of a new acute care hospital in the growing city of Frisco, Texas. Answering the questions of size, scope and design for this development were critical to formulating an overall plan that would both meet the needs of the community and fit the hospital’s strategic vision. Although, the site was surrounded by a wide expanse of pasture at the time, it is less than thirty miles from the client’s national headquarters, and thus very much in the corporate and local spotlight. The plan and the project had to be a success.

Under this intense focus, Rendina set out to overcome the various challenges and obstacles that presented themselves in a project of this nature. A solution was created to construct a 72,000 square foot medical office building with a ground floor Ambulatory Surgery Center. Physicians liked how the payer mix in the small city was showing promising growth. However, convincing them to commit in advance to a project that only existed on paper and was planned for the middle of a broad stretch of grassland on the eastern edge of town was difficult. Rendina’s leasing executives entered the market equipped with a creative ownership option for physicians and a thorough knowledge of the market dynamics. First they worked directly with the client to pursue the physicians it identified as most needed in the market and suitable for the hospital’s strategic plan. Physicians were presented (in face to face meetings) with an architecturally attractive building rendering and a one-of-a-kind shared ownership structure, both tailored to address specific characteristics of the market. Shortly after initiating this first leasing phase, the leasing team began a wider approach to marketing the facility and presented the client with numerous other physicians wanting to join its Frisco venture.

In May of 2004 the Centennial Medical Pavilion opened as a 100% occupied facility. Upon completion of the new hospital the medical office building was connected via a climate controlled connector to fulfill the client’s vision of a balanced and comprehensive healthcare center. Prior to the completion of the first medical office building, the success of the Rendina physician recruitment plancompelled Centennial Medical Center to award Rendina the second, 72,000 square foot phase of the project, which was constructed two years ahead of the original expansion plan.